Recent social media research conducted by askpaul.ie of 2,836 adults in April 2022, shows that the rising cost of living in Ireland is causing a large proportion of adults to worry about their financial future. Of those surveyed, 83% said they were worried about their financial future, with children’s education costs, starting a family and getting out of debt listed as some of the reasons for this worry.

This month, it was announced that annual inflation in Ireland had reached an almost 22-year high of 7% in April, with experts forecasting that inflation could reach as high as 9% in the coming months. (Source: Central Statistics Office CSO, Consumer Price Index – April 2022) 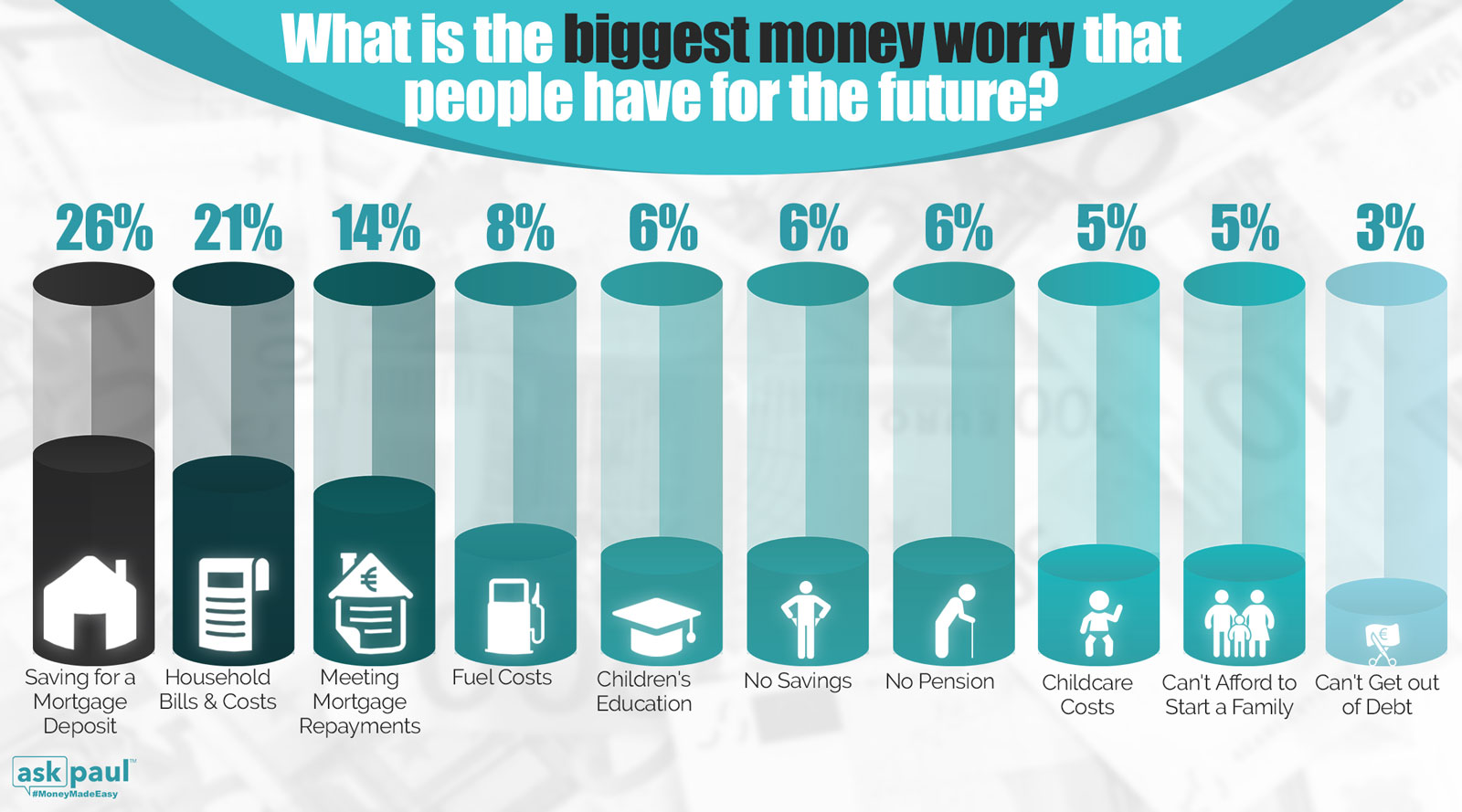 What is your biggest money worry right now (for the future?) 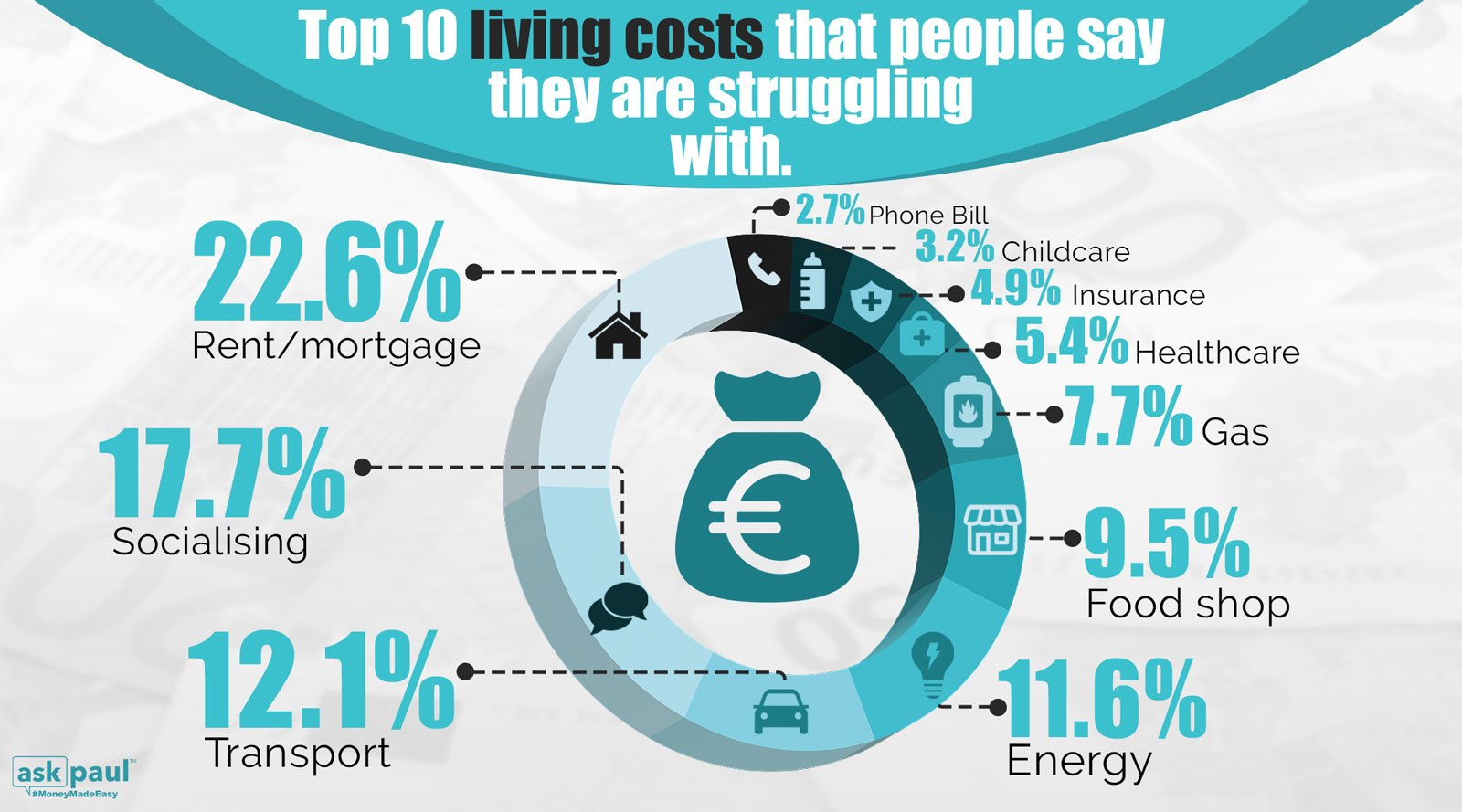 What living costs are people struggling to meet at present? 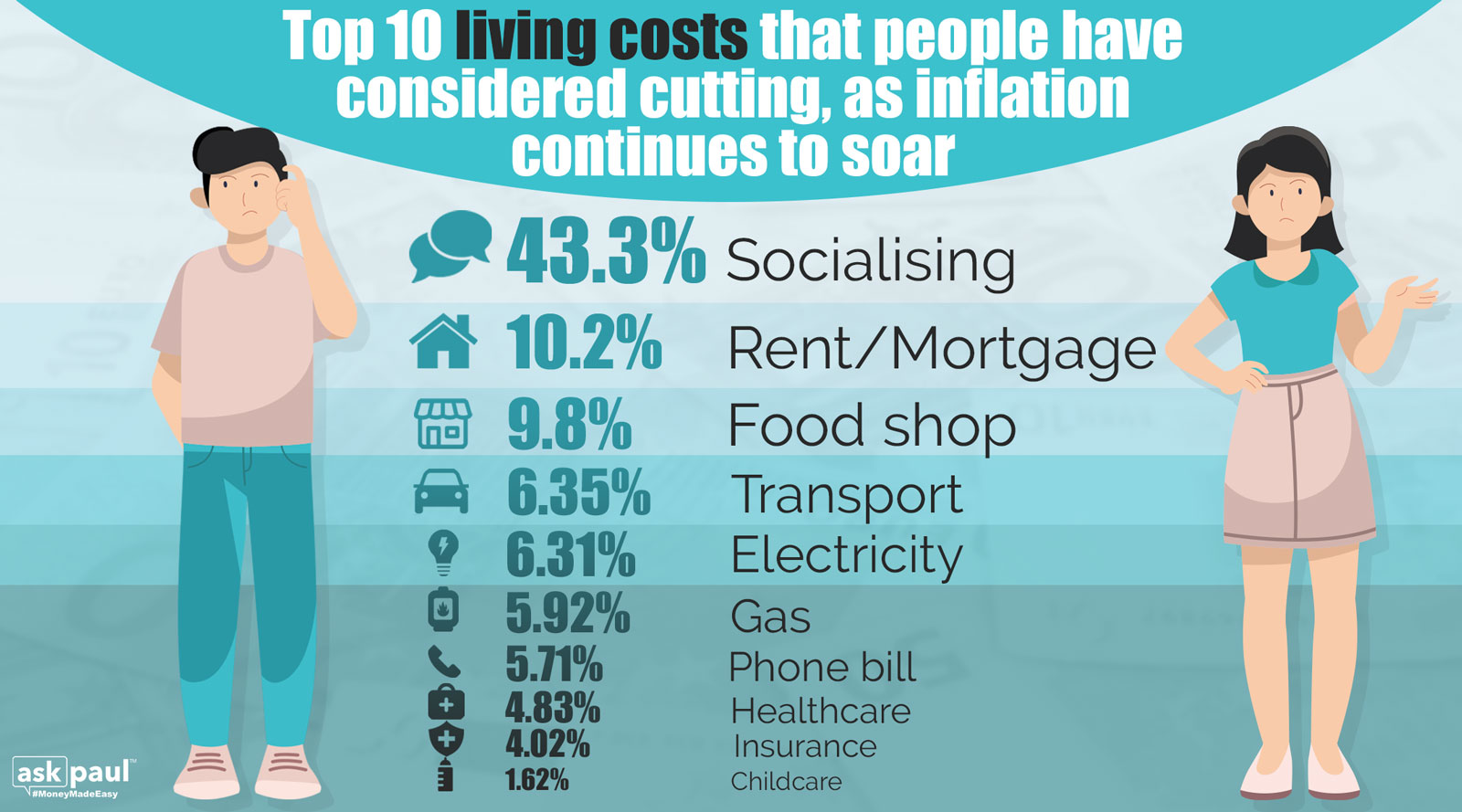 What costs have people considered cutting?

Paul Merriman, CEO, askpaul & Pax Financial said, “83% of adults are struggling with the cost of living, and this is only the start. According to Christine Le Gard (President of the European Central Bank ‘ECB’) interest rates are going to start going up, and it is anticipated that the ECB is going to increase the mortgage interest rate by at least 0.25% in the next quarter, if not by the end of this year. This is going to put massive pressure on homeowners and it is expected that there will be four to five other interest rate increases, which means by the end of 2023, based on the ECB commentary to date, we’re expecting interest rates to be increased by approximately 1 – 1.5%.

He continued, “If you’re a variable & a tracker rate mortgage holder this means your mortgage repayments are going up, on top of the increased energy cost and carbon tax, and on top of the cost-of-living increase.”

“It is vitally important that if you have income coming into the household that you have a personal budget to understand where your money is going. I always suggest doing these at least once a year, but with the cost of living going up so rapidly, you will probably want to be doing these on a monthly or a quarterly basis to make sure you’re making the necessary savings and cutbacks where you can.”